It was a disappointing thing this morning, when I awoke there was no water in my bathroom. Last night there was not a plug for the tub but I did have water and I was able to take a plastic bag and use my heel as a plug so that I could have my hot bath. After talking to Aaron outside his room I told him perhaps it was best for us to pack up and move to another hotel after we finished with the two prison crusades today.
He took money down to settle up with the hotel here for our rooms but quickly came back with the owner of the hotel apologizing. He asked us please not to leave and said he would give us new rooms on the opposite end of the hotel. The room appeared to be the same one as the one that I had except it had a much bigger flat screen TV, which I do not watch. After Aaron and I talked we decided to go-ahead and accept his offer that we would just eat somewhere else for dinner because last night's dinner left a lot to be desired. Having a very tiny piece of fish and three fourths of a plate heaped with chips just does not give me what I need for my health or my waistline. 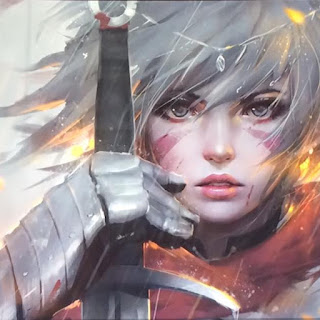 I saw this and was reminded that it is a privilege for me to be in the Lord's service!

When we arrive and the men's prison today we were surprised to see the same Deputy OC that was here the last time we visited. He laughed and greeted us so warmly saying that he was glad to see us again. As we sat in his office he said that it was difficult if you are not called to keep up with the stress of working in the prison. He said it had been 10 years since he last went home for Christmas and he missed seeing his parents. He told us that every time I come I make his life better with my teaching that he does not remain the same after listening.

As we sat in his office there were five inmates crouched down but leaning against the wall. The Deputy OC said they were there because they were being disciplined for fighting. It was hard to watch as one of the young men was not only handcuffed but shackled. They were there, never speaking, for quite some time while we were in the Deputy OC's office.


As we sat there another officer came into the room and went to one of the adjacent desks. He signed two different pieces of paper before exiting and we were informed that he was signing disciplinary action papers. We were told that he had a problem with alcohol.


Then he took us into the OCs office and the OC and I were surprised that we also knew each other. They move the OCs around so your are never quite sure when you walk in who you will meet but it was nice to see a familiar face. He told us that when people like us come, we help rehabilitate the prisoners. He said the staff is more physical but we speak to the state of their mind and their spiritual being.

The OC told us an interesting fact when we questioned him about some of the men listed on the chalkboard as debtors. He said those are men who are therefore civil crimes and that the complainant must pay for the upkeep of the offender. If he fails to pay the offenders keep then the offender is set free because it is not a crime against the state. I told him in America was very different, the state pays everything.
It took us an unusually long time to get into the inner-prison today as one of the guards had went home with the key to the meeting area and neither the prisoners or us could enter until the key was retrieved from him, so it was almost an hour before we could set up. The Deputy OC accompanied us and stayed through the whole crusade.

As I looked out at the 900 or more men that were inside and out through the screened windows at the hundreds more outside it is hard to believe that many of these men are murderers.They had gathered and were singing as we set up, with drums and a guitar this time.

Oh it is such a special thing to see them responding to the invitations, salvation, forgiveness and then to watch the Holy Spirit change the atmosphere the room as they apologize to each other. Filling the room with laughter and smiles and following that with a few testimonies:
I prayed with them before leaving and shook hands with many as I walked from the area and down the side of the building. I cannot tell you how hot it was here today, inside the building and outside. Aaron said that even his ankles hurt.

As Aaron and two of the inmates accompanied by the Deputy OC took our things to the van I walked around the corner and down the dirt road to the women's section. I was concerned as some of the 56 women were sitting in the blistering sun although a few were sitting under the small tent.

I was greeted by the OC that I had met before and three other officers. The OC directed me to take a seat in the shade where there was also a very large table. I asked the one guard if I can the table out into the sun to make more room for the prisoners to sit under the cover of the shade of the tent. She said they were okay but I insisted saying, "They are special and I I would like to treat them special today." If you have the women heard what I said and begin laughing and whispering to some of the others. But when Aaron arrived I had him grab one end of the table and I grabbed the other and we moved it out into the sun. The women immediately begin moving into the shade that was now available.

The crusade followed the same pattern as did the results with salvation decisions that included 3 officers, forgiveness prayer and apologies, that included all 4 of them. There were six children there and they all received new crocheted caps made by the C.F.C. women.
They had some testimonies too:
I prayed a blessing over them before leaving. I was very pleased the the OC and two officers were willing to take a photo with me for my report.

We stopped by an English Restaurant on the way back to the hotel to order our dinner for 6 P.M.
I'll let you know tomorrow how it went as I want to get this blog off to you and Aaron has gone to get the van washed. After one prison tomorrow we will drive back to Kampala.

We appreciate your continued prayers, the requests remain the same.